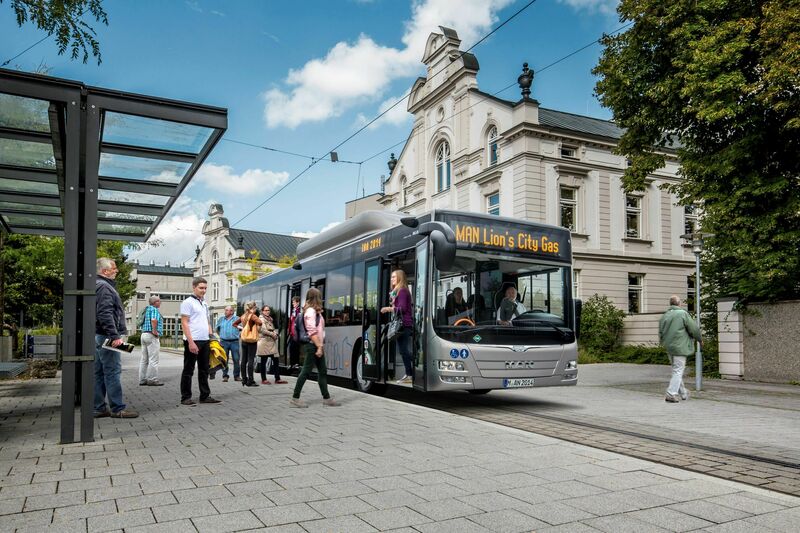 Bordeaux, an ancient trade settlement 600 kilometers southwest of Paris, has a population of nearly 300,000. It is one of the world's leading wine industry regions and, with a massive expansion of public transit, has undergone a transformation that makes it one of the most beautiful and attractive metro areas in France.

Bordeaux was looking to foster urban renewal and actively shape the city's booming growth. It was able to accomplish this with the construction of a sustainable and highly efficient public transit system, with nearly three-quarters of its 400 buses running on CNG.

"The decision to build a tram network back in 1996 was certainly the initial spark for the upswing in the Bordeaux area,” says Christophe Duprat, Vice President of the Bordeaux metropolitan region. “Wherever the tram circulates, entire quarters were renewed and developed from the ground up. Yet without buses, the tram network could not function quite as efficiently. Especially the metro bus lines with the new [compressed natural gas (CNG)] vehicles built by MAN are closing the gaps between the tram lines and also interconnect them in a sensible fashion. Due to the buses, passengers must no longer travel into the city centre to switch trams.”

Nearly three-quarters of the 400 buses Duprat speaks of run entirely on CNG. From a long-term planning standpoint, this makes a lot of sense. CNG costs on average 50% less than gasoline and 30% less than diesel. In 2016 alone, Bordeaux put 55 MAN Lion's City GL CNG buses into circulation. And none too soon: while Bordeaux registered just 90 million passengers in 2009, the area was up to 130 million passengers in 2016, and passenger volume has been growing by 6% every year. "With the new CNG buses, we can absorb rising demand and also renew the vehicle fleet,” Duprat says. “Today, Bordeaux is one of the most dynamic urban areas in France. It would have been impossible to accomplish the transformation of this town without a well-conceived and studied expansion of local public transit with trams and buses."

"With the new CNG buses, we can absorb rising demand and also renew the vehicle fleet.”

MAN’s CNG buses, which are outfitted with Hexagon Agility CNG fuel storage systems, run twice as quietly as diesel. The combustion of natural gas fuel is slower than that of other hydrocarbons. As a result, it allows for a significant reduction of the vibration and, consequently, the sound volume of the engines. The noise level is lowered by about 4 decibels, or, divided by two compared to a diesel engine.

CNG buses aren’t just more pleasant, they’re also safer. Natural gas buses have undergone numerous tests and are designed with safety in mind in the event of collision or fire. The buses' fuel tanks are located on the roof in a separate compartment from the passenger compartment. The gas is maintained in the tanks at a pressure of 200 bar, and the pressure is reduced to 10 bars before injection into the engine. Unlike diesel, CNG is stored in gaseous form, greatly reducing the risk of fuel theft.

All CNG buses produced after January 1, 2014 comply with the Euro VI standard, mandatory for heavy vehicles. This sets the emission limits for pollutants. "We had decided to opt for natural gas buses at an early stage and have invested in this environmentally friendly technology since 1999,” says Duprat. “Today, almost all of our new acquisitions run on natural gas. The technology of these buses is brilliantly engineered. In combination with the 100% electrical trams, our CNG fleet provides the basis for our extraordinary CO2 balance.”

MAN’s CNG buses emit 20% less CO2 than gasoline and that’s not the only pollutant that’s reduced. As some of the more notable examples, CNG buses also emit no dust, 95% fewer fine particles than diesel, and 50% fewer nitrogen oxides than diesel. Of all hydrocarbons, natural gas is the one that releases the least amount of carbon monoxide. And the combustion of natural gas produces no sulfur oxides, no lead, and emits neither smell nor smoke.

With CNG buses, Bordeaux has found a clean, money-saving, and scalable solution to its growing transport needs.